It’s All Your Fault by Paul Rudnick – Blog Tour

Hello peoples! So today I have a guest post by author Paul Rudnick of It’s All Your Fault* as part of a blog tour! Before I reveal the question and guest post, lemme tell you a bit about this book and then after the guest post you can learn more about Paul and enter into a giveaway!

One last chance. One wild weekend. Flat out the funniest book of the year.
My name is Caitlin and up until forty-eight hours ago I had never:
Tasted alcohol, kissed a boy, sang in public at the top of my lungs, kidnapped anyone or–WHAT? STOLEN A CONVERTIBLE?
Now I’m in jail and I have no idea what I’m going to tell:
The police, my parents, the mayor, all of those camera crews and everyone on Twitter.
I have just noticed that:
My nose is pierced and I have-WAIT? IS THAT A TATTOO?
I blame one person for this entire insane weekend:
My famous cousin.
Who is also my former best friend.
Who I have HATED for the past four years.
Who I miss like crazy. NO I DON’T!!!!
IT’S ALL YOUR FAULT, HELLER HARRIGAN!!!!

Sounds wicked eh? Well check out the mini guest post by Paul! The prompt was “A story of when Paul Rudnick did something crazy in his life”. His answer?

A: I’m not sure if I’ve ever had a weekend as crazy as the few days which Caitlin and Heller share in It’s All Your Fault, but an especially loony movie producer did once fly me down to Florida, to talk about my writing a screenplay. The weekend got more and more insane, with a party onboard a mega-yacht, parades of models down the beach, and non-stop offers of illicit activities. It was all scary and exciting, and, as a kid from New Jersey, I felt just the way the home-schooled Caitlin does, on her introduction to her cousin’s wild Hollywood ways.

Well then! That sounds like quite the crazy weekend! Talking about crazy, there’s a giveaway for the book! Whaaaaat?! First though, here’s a bit more about Paul Rudnick! 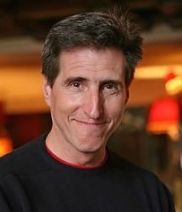 Paul Rudnick is a critically acclaimed novelist, playwright, and screenwriter. His screenplays include In&Out and Addams Family Values, and he’s written for Vogue, Entertainment Weekly, Vanity Fair, and the New Yorker. His plays, including I Hate Hamlet and Jeffrey, have been produced both on and off Broadway and around the world. His first young adult novel, Gorgeous, was called a “wicked good time” by the New York Times Book Review. Under the pen name Libby Gelman-Waxner, he is also the world’s most beloved and irresponsible film critic. Paul lives in New York City. Find him online at http://paulrudnick.com/ and on Twitter @PaulRudnickNY.

And now for the giveaway! 5 winners will receive a finished copy of IT’S ALL YOUR FAULT, US Only. To enter the Rafflecopter, click here! Good luck!!!

And that’s all! Thank you to Rockstar Book Tours and Paul for letting me be a part of this tour and thank you guys for reading the post! Hope you read It’s All Your Fault as it looks really awesome! Have a great day/night and tata for now!