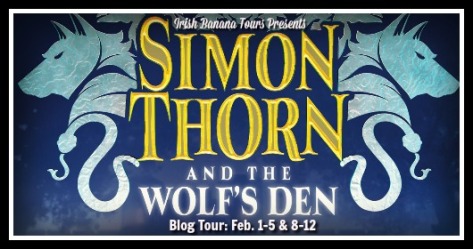 Hello peoples! So today I am back after a bit of a hiatus (I really needed one) with a review post as part of the Simon Thorn blog tour! I will try to be as non spoilery as possible but I make no total promises. Before I get into the review though, let me share with you some book details: 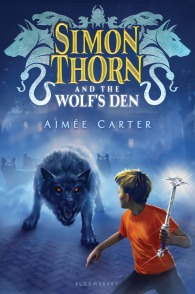 A thrilling debut in the tradition of Rick Riordan and Brandon Mull about a boy who discovers a secret race of animal shape shifters.

Twelve-year-old Simon Thorn’s life has never been easy or normal, but things like being bullied at school and living in a cramped Manhattan apartment with his Uncle Darrell are nothing compared to his biggest secret: He can talk to animals.

But when his mom is suddenly kidnapped by a herd of rats, Simon finds out that he, his mom, and his uncle are all Animalgams—people born with the ability to change into an animal at will.

In search of his mom, Simon discovers the Animalgam Academy based at the Central Park Zoo. There he learns about the fractured five kingdoms that make up this secret world . . . and realizes he may be the only one who can save it.

This action-packed page-turner is perfect for fans of the Spirit Animals and The School of Good and Evil series.

Does that sound awesome or not?! If you don’t know/can’t make up your mind, well let me tell you my answer….

Ok so I love Aimée Carter’s books (specifically her Goddess Test series) so I was pretty excited to have gotten onto this blog tour! I knew I was going to be reading MG which usually isn’t my thing but it sounded a bit like Percy Jackson and since I loved that and I really like Aimee’s other books, I decided I’d give it a try……I’m so happy I gave it a try! It was honestly so good! It *was* like Percy Jackson in the hero thing and different sections thing however after that, that was it. Anyway, the characters were so awesome and I could relate to them and their actions! I did have some faves but I can’t tell you who because they kind of spoil stuff. Anyway, in terms of plot twists/keeping me interested, I was pleasantly surprised! I sat in my comfy chair and read the book in one sitting because goodness gracious it was so good. There were a good amount of plot twists and so many trust issues and then that end! Goodness, I just. Oh that end. Like I could see it coming then something happened and I said forget it and then what I thought would happen happened and it was like OMG! I remember after I finished I freaked out Insta and Twitter….it was hilarious. Anyway, I now want the second book a lot (why can’t I just read it now?!) and you should totally read Simon Thorn because it is an amazing book!

Okay freak out and fangirling over let’s get to the awesome giveaway!!

The prize to win in the giveaway is (3) finished copies of SIMON THORN (US only)!!! To enter the giveaway, check out the Rafflecopter and good luck!

In the meantime, check out the author and the other books in the series below and go follow the rest of the tour! 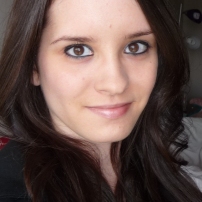 Aimée Carter was born and raised in Michigan, where she currently resides. She is the author of several series, including The Goddess Test series, The Blackcoat Rebellion series, and the Simon Thorn series.

SIMON THORN AND THE WOLF’S DEN (#1 of the Simon Thorn series, Bloomsbury) will be released February 2, 2016.

Thanks, have a great day/night and tata for now! Thank you to Hannah from Irish Banana and Aimée for organizing this blog tour and letting me review the book, it was sooooo awesome! And thank you wonderful readers for reading the post! I highly rec this book; you should def read it!!! Before you leave though, follow the rest of the tour!