The Lost and The Found by Cat Clarke – Blog Tour

Hello everyone! So today I get to be part of a blog tour for The Lost & The Found* by Cat Clarke and, for it, I am doing a review! I’ll try to be as non-spoilery as possible but I make no total promises. Before I get into the review, though, let me share with you some book details:

The Lost & The Found 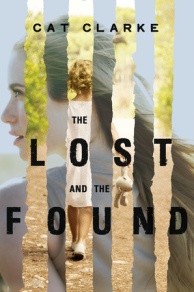 LOST.
When six-year-old Laurel Logan was abducted, the only witness was her younger sister. Faith’s childhood was dominated by Laurel’s disappearance – from her parents’ broken marriage and the constant media attention to dealing with so-called friends who only ever wanted to talk about her sister.

FOUND.
Thirteen years later, a young woman is found in the garden of the Logans’ old house, disorientated and clutching the teddy bear Laurel was last seen with. Laurel is home at last, safe and sound. Faith always dreamed of getting her sister back, without ever truly believing it would happen. But a disturbing series of events leaves Faith increasingly isolated and paranoid, and before long she begins to wonder if everything that’s lost can be found again…

Sounds cool right? Not sure? Well read my review and see if it helps:

Aaand that’s it!! The Lost & the Found* is a contemporary mystery that’s quite interesting! You guys should really get it (it’s literally only $3 on Amazon* so…..)!!!  Alsoooooo….there’s a giveaway for you guys!! You can win (3) finished copies of LOST & FOUND (US Only)! To enter the Rafflecopter, click here!

Good luck to all in the giveaway! In the meantime, check out the author below, follow her on social media and then check out the tour hosts!

Cat was born in Zambia and brought up in Edinburgh and Yorkshire, which has given her an accent that tends to confuse people.

Cat has written non-fiction books about exciting things like cowboys, sharks and pirates, and now writes YA novels. She lives in Edinburgh with a couple of cats, Jem and Scout, who spend their days plotting to spit up furballs at the most inconvenient times. She likes cheese A LOT, especially baked camembert.

And that’s all! Thank you to Hannah from Irish Banana and Cat for organizing this blog tour and letting me review the book! And thank you for reading the post! Before you leave though, follow the rest of the tour! Have a great day/night and tata for now!